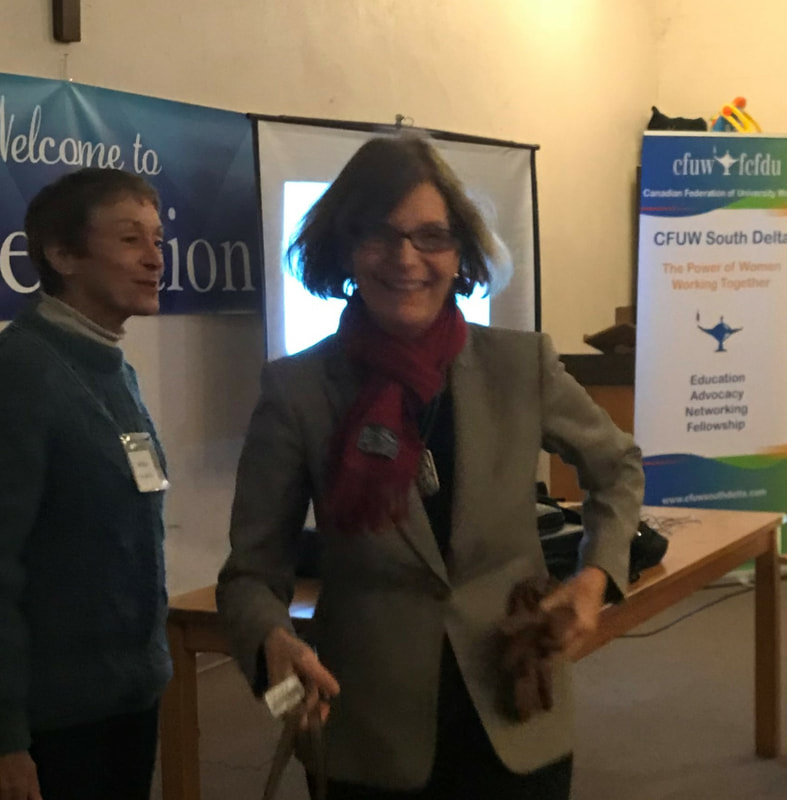 ​BC Seniors Advocate Isobel Mackenzie presented facts and concerns about BC's senior population.  Isobel has over 20 years of experience working with seniors in home care, licensed care, community services and volunteer services. Isobel led BC’s largest not-for-profit agency, serving over 6,000 seniors annually. In this work, Isobel led the implementation of a new model of dementia care that has become a national best practice, and led the first safety accreditation for homecare workers, among many other accomplishments. Isobel has been widely recognized for her work and was named BC CEO of the Year for the not-for-profit sector and nominated as a Provincial Health Care Hero.

The Office of the Seniors Advocate monitors and analyzes seniors’ services and issues in BC, and makes recommendations to government and service providers to address systemic issues. The OSA was established in 2014 and is the first office of its kind in Canada.
​
​​